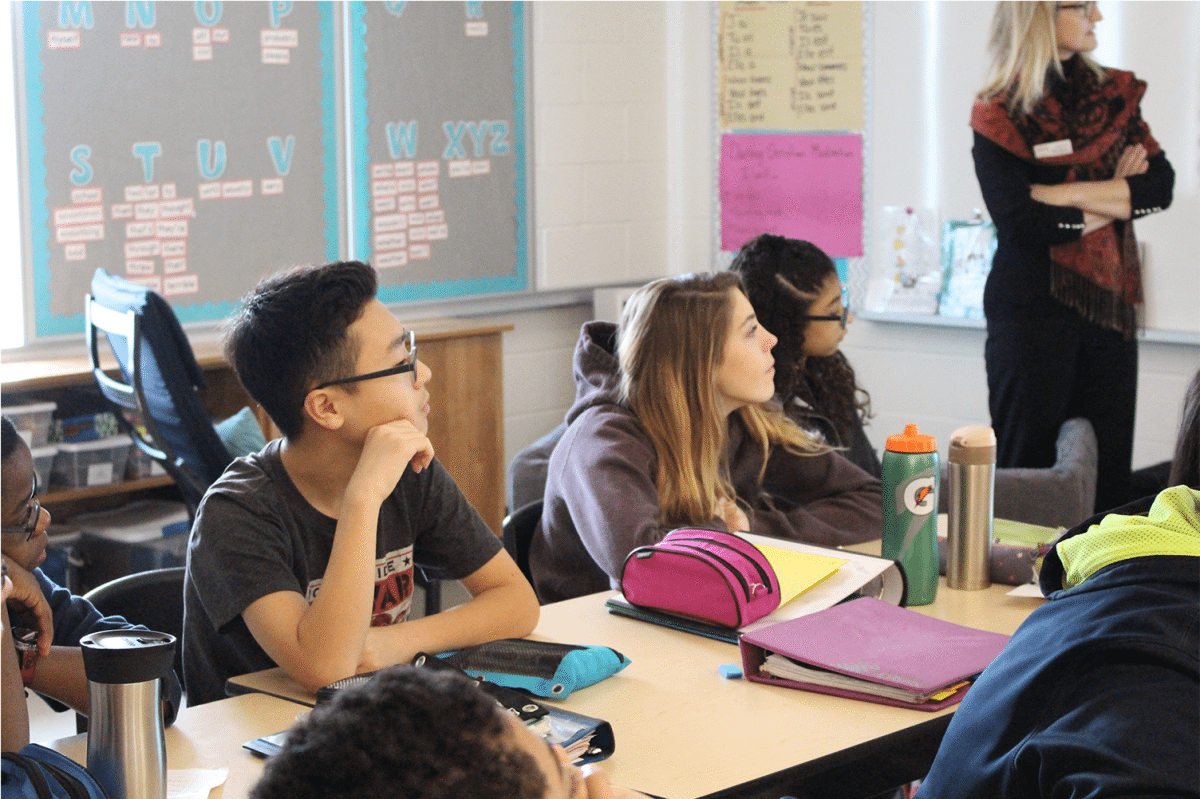 On Friday, January 27, 2016, students and staff across the Halton Catholic District School Board participated in a number of events and activities to recognize International Holocaust Awareness Day.

In 2015, Oakville Trustees Helena Karabela and Anthony Quinn were acknowledged by the Friends of Simon Wiesenthal Center for Holocaust Studies (FSWC) for their efforts in getting a Board resolution to implement an annual Board-wide recognition of the United Nation’s International Holocaust Awareness Day, typically held each year on January 27.​​

This year, Trustee Karabela and Trustee Quinn visited our school on January 27th, which marked the 71st anniversary of liberation.

Trustees Karabela and Quinn presented to students in Mrs. McKay’s class with a brief video on the role of Trustees, and were able to share a presentation about the Holocaust and their Compassion to Action Holocaust education journey.

Students were intrigued as Trustees Karabela and Quinn gave an in-depth account of their trip to Europe, where they joined government officials and toured many churches, and synagogues, learning about the Holocaust and the concentration camps and facilities. Trustees Karabela and Quinn also had the opportunity to listen to Max Eisen, an Auschwitz survivor who was able to share his survival story during the educational trip. ​

The presentation concluded with a question and answer period, where students were able to ask questions, and hear answers to the questions they had sent in, prior to the educational trip.

Thank you to students, staff, and Trustees for commemorating Holocaust Awareness Day and for acknowledging it each year on January 27th. ​​​​​​